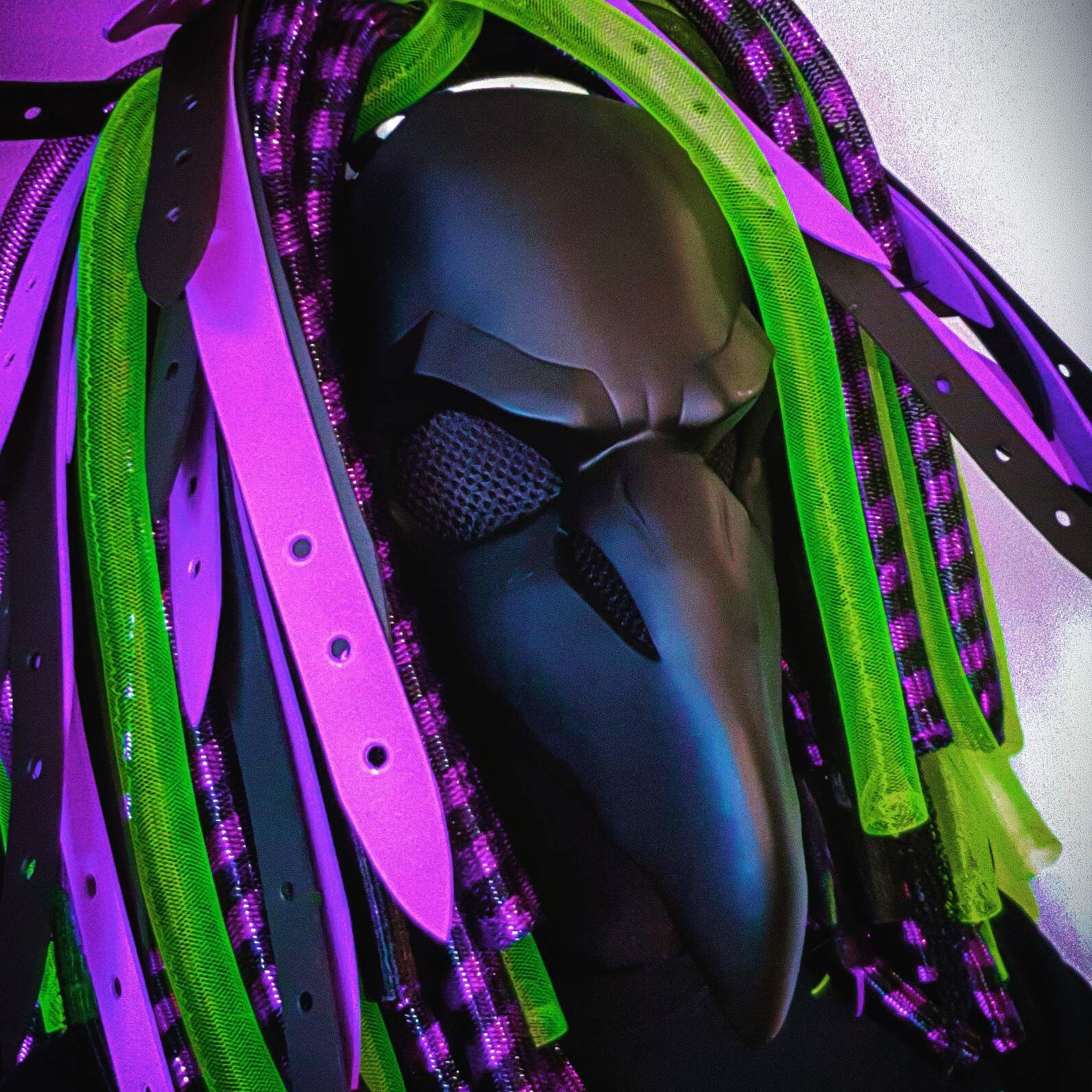 It was a dark moonless night. If it wasn’t for the light coming out of the old industrial manufacturing plant, she wouldn’t be able to see. Her phone was almost dead, so she tried to use the flashlight only when it was absolutely necessary. But as she finally got out of that stupid forest, she was certain, that she is at the right place. Even though she was cold, it was worth the long walk. There was just no time to get the jacket, and she didn’t regret it. Not even scratches on her arms and legs were making her worried. What’s a few drops of blood in exchange for this opportunity. The sound of muffled music was carrying through the gravel parking lot more and more, as she approached the place from the shadows. She was very excited but didn’t want to make any mistakes. Not now, when she’s so close. After all, she didn’t have the proper invitation. Not yet. But that’s what she came to earn here.

“So, what do we have here?” she asked herself quietly, as she approached one of the poorly lit doors.

“RFID scanner to unlock the doors. That’s lame.” She muttered as she took out her laptop from the backpack.

A small 14inch beat-up hand-me-down from her older brother. She covered it all with stickers, so she didn’t have to look at all the scratch marks. Even tho it was old, she was able to make it run somewhat smoothly. And thanks to its small size, she could carry it anywhere. She took another small device from her backpack and inserted the USB cable into her laptop. With a piece of tape, she attached her home-made card writer to the door scanner and ran the exploit.

Brute forcing this older system was not hard but statistically could take a lot longer than she wanted to. After all, she was still cold, but now she was just sitting in the breeze, instead of walking, which warmed her at least a little bit. Long minutes passed and not a single combination yet worked. She started getting worried a little. Was the information she got really correct? As she got carried by her thoughts, she didn’t notice a quiet buzzing. Not until it was too late. Two spotlights suddenly light up the whole area in front of the door. As she tried to cover her eyes to shield them from the blinding glare, she, for a second, spotted a shadow of a small drone that was watching her for some time. She was fucked.

“I can explain,” she shouted at the drone with her hands in the air.

“I didn’t mean to… I just tried to prove myself to you, you know?” She tried to get some words out of her mouth, but the heaviness on her chest didn’t allow her to continue.

She knew she screwed up really badly. But she didn’t know what’s gonna happen next. Obviously, there were stories on the forums, but who would believe those urban legends?

“Well, at least now I’ll find out which of those are true,” she said to herself, still standing with her hands in the air blinded by the spotlights, with the drone perfectly still in the air watching her.

She didn’t have the courage to pack her things and run. But the waiting was becoming kind of long. Actually, too long. As she thought about it, nothing was really happening. Nobody was coming.

“What is this?” she wondered.

“Some sort of a test?” She was really confused.

“What to do now, should I continue?”

She wasn’t sure what should be her next step, but she was starting to get tired. Her hands hurt and she was really cold.

“You know what? Fuck it!” She thought for a second and put her hands down. Slowly. Nothing happened. No change. No sound. No sound?

“What happened to the music?” She thought for herself as she reached down for her backpack and laptop.

The drone was hovering in the air with a camera pointed at her. She looked at the laptop. A small green text on her screen said:

“Sequence stopped: Key found.” with a bunch of random numbers and letters following. She looked at the door. They were closed. She hit the button under the text.

“Unlock”. The door buzzed and after a few seconds, it stopped.

She did it. She gained her access, but she was compromised.

“What should I do now?” she wondered, staring at her laptop then changing her focus on the drone.
On one hand, she finally was able to do get in, Well, not sneak in, as she wanted, but nonetheless, it was a victory. On the other, she was caught and she had no idea what consequences that brings. She knew, that these guys mean business. They are not to be played with. But they didn’t do anything up until this point. She was really unsure of her next move but decided to go with her gut. She hit the button again. The door buzzed, and she grabbed the handle. Door opened.